I am absolutely in love with vanilla flavored cookies, cakes, creams (ok, a small break from typing cause I made myself hungry) soaps, shampoo, this girl at work that uses it as a perfume.. you name it I’m into it! So it’s not surprising that one of my most favored juices would be vanilla!

I have sampled a lot, and I mean A LOT of vanillas. While most of them were really good, some were even completely natural and carried the richness of the raw bean instead of the composed vanillin smell. Especially Vanilla Bourbon Tobacco from Mystic River Juice Company. It was a superb tobacco taste with just the right amount of vanilla. None have hit that vanilla-addict spot for me just yet though. That’s not surprising with me being such a vanilla nut.

I’ve been making my own vanilla infusions for years. I started trying to cut down on expenditures, and it’s been such a simple process, so I stuck with it! Just the other day I decided to try a bit of my own flavoring in a very plain 50/50 juice mix… BULLS-EYE!

A very pure vanilla flavoring that can be made at a fraction of the cost with all organic ingredients and can be vaped as an original flavor or as a rich addition to most other flavors.

As mentioned already the customary way of infusing vanilla is in either vodka or PGA. However, if you get a chance, try this with a bit of fine rum.
Preparation time is a minimum of 6-weeks but can take up to 2-3 months depending on the quality of the vanilla beans and the quantity prepared. 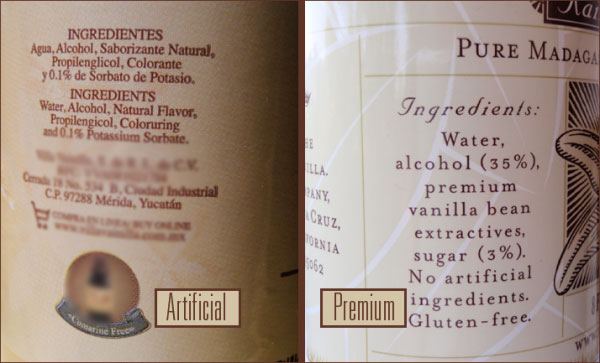 Choosing the best quality vanilla extract in the market just by reading the label of artificial and premium extracts is a little tricky. But there are some rules by the government. Here are some short points to help you.

1. Make sure that it’s really extracted! Becuase many aren’t!
2. Make sure it’s pure extract of vanilla and don’t be fooled by a fake Mexican label!

When you taste this ahead of time, and you will, you might be disappointed. This is natural and the flavor will come to together.. just have patience 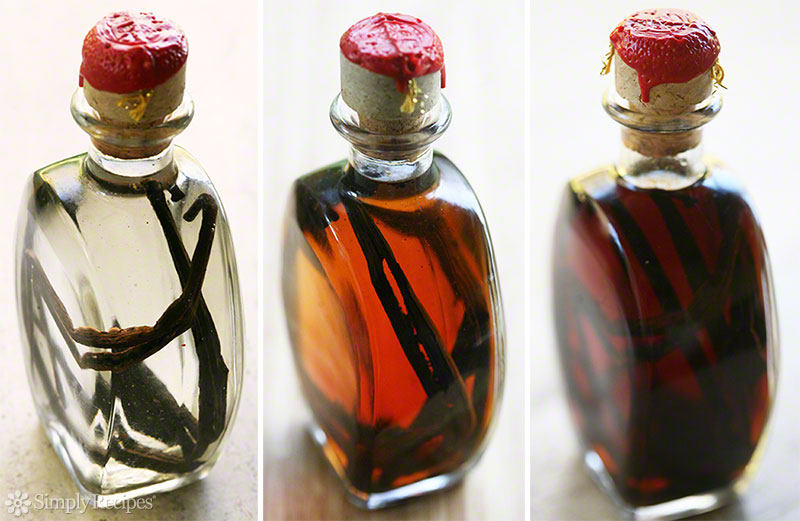 This is a picture how Vanilla Extract (Extracted in Vodka) looks in various stages.
The 2nd picture is at after one month, and the 3rd picture is the color your looking for at 8 weeks or longer.

Vanilla extract in a vape!

Working with e-liquid flavorings can be perfectly safe. It’s just a little sensitive and… ‘too creative’. Sometimes they are actually healthy, so they can better handle any potential consequences.

You can use it directly in a vape. I’ve used vanilla extract in my DIY juices. I have to use less than 1% of it and I mixed it with 2 other commercially collected pure vanilla flavorings to make my own “custom vanilla” flavoring concentrate. I then added more complex premium e-juices.

Which is Preferred by First Time Vapers: Sweet Vapes or Tobacco E-Liquids?

A Guide For Your New Vaping Journey….